Alastair was reappointed CUO of W/R/B Underwriting in 2021.

His career in insurance started in 1986, working across departments for a Lloyd’s syndicate. An extensive development programme sent Alastair broking in London and New York. He spent 15 years at Beazley as a Senior Underwriter, underwriting the worldwide commercial property account. This account became recognised as one of the strongest commercial property accounts built at Lloyd’s.

Alastair joined W.R. Berkley in 2009 as CUO to lead the Underwriting Strategy and delivery for the newly formed Lloyd’s Syndicate 1967. In 2013 Alastair was appointed President/CEO of W.R. Berkley Syndicate Management Limited.

In 2021 Alastair returned to his role of CUO after successfully leading the business for 8 years. 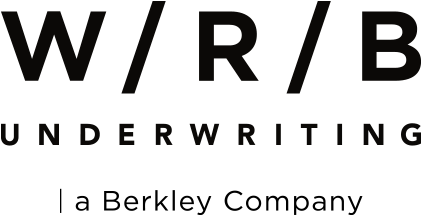 We value your privacy highly. When you provide us with your personal data, including preferences, we will only process information that is necessary for the purpose for which it has been collected. You can read about the other ways we may use your data in our privacy policy.

These cookies are necessary for the website to function and cannot be switched off in our systems. They are usually only set in response to actions made by you which amount to a request for services, such as setting your privacy preferences, logging in or filling in forms. You can set your browser to block or alert you about these cookies, but some parts of the site may not work then.

These cookies allow us to count visits and traffic sources, so we can measure and improve the performance of our site. They help us know which pages are the most and least popular and see how visitors move around the site. All information these cookies collect is anonymous. If you do not allow these cookies, we will not know when you have visited our site.